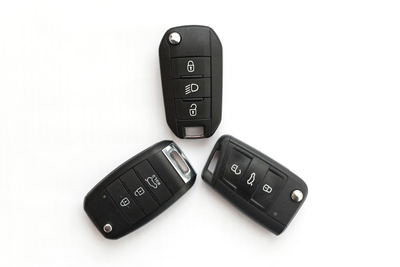 The last thing ten out of ten people want is to walk in the parking lot where they left their car in the morning and discover that it's gone. In such moments, walking home will be the least of your concerns. What's great about transponder keys is that they keep thieves away. Their high technology is designed to prevent car theft since they incorporate a vehicle anti-theft system (VATS). What's also encouraging is that the security system and key of each car are programmed to work together and so they are unique. You can't use the same ignition car key for two different cars. So, if an intruder tries to break in your car or even finds it open and tries to turn the engine on, he will be out of luck. Let's discover why!

What does our transponder key do?

The transponder car key is also the ignition, door and trunk key. You will use it in order to open all car door locks and the trunk and turn on the engine. There is a little chip in its belly, which is programmed with a specific code in order to communicate with the central unit of the vehicle's security system. When you press the button or put it in the engine and turn it, the brain of the system scans the code and allows you to drive away only if the code matches the one already programmed in the system. In a different case, the car won't start or even open.

Ignition key replacement is not an easy task anymore. It's not only about cutting a new key but also programming it or programming the whole system from scratch if the locks were rekeyed. This special high tech feature of such sophisticated keys is what makes vehicle theft even impossible. As long as you keep the car's security door locks locked and all windows closed, it will be hard for someone to open the car. The ignition will never turn on with another key. The system will fail to work if a key with the incorrect microchip is used. If you also have an alarm system installed, even better! Such advanced systems offer enhanced protection and peace of mind and they have certainly contributed to the reduction of car thefts.